The primary function of organofunctional silanes in paint & coatings are:

Key improvements achievable with organofunctional silanes in paint & coating formulations include the following:

The Chemistry of Organofunctional Silanes

Paint & coatings formulators most often use bifunctional silanes to improve adhesion to coated surfaces, bridge the interface between dissimilar materials, and to effect crosslinking.  Built around one central silicone atom, organofunctional silanes work through two complementary modes of functionality:

Hydrolysis of the alkoxy-silanes occurs in waterborne systems or can result from sources of adventitious water, such as moisture in an integral mixture, surface water, added water, or absorption from the atmosphere.  Under acidic conditions, hydrolysis is significantly faster than under basic conditions.  Except for amino-silane systems, users deploy most silanes under acidic conditions.  A pH of near 7 is preferred for storage stability. The rate of methoxy silyl esters hydrolysis is about six to ten times faster than the rate of hydrolysis of ethoxy silyl esters.  Note also that methoxy-silanes hydrolyze to produce methanol, while ethoxy silanes release ethanol, a more toxicologically acceptable side-product.

The silyl esters portion of the molecule couple with active hydroxyl moieties on the surfaces of inorganic materials and/or generate crosslinks through the formation of siloxane -Si-O-Si- linkages   Silica, talc, clay, and metal surfaces such as steel are examples of inorganic materials with effective concentrations of active hydroxyl surface functionality.   Silanes not only enhance bond strengths, but they also prevent debonding at a surface or interface, for example under moist conditions.

Depending on the polymer and resin system to be silane modified, the synthesis chemist and formulator have many different modes of incorporating silane functionality into a paint and coating formulation.  Synthetic chemists most often select methacryloxypropyl trimethoxysilane, GC-Si 174 in acrylic systems,  whereas they most often choose to copolymerize vinyltrimethoxysilane, GC-Si 171 in vinyl systems. Polymer chemists accomplish this goal by adding these dual functional silanes to the monomer feed mix during copolymerization.

They also accomplish silane modification under neutral and ambient conditions by post addition of an aminosilane in an acrylic emulsion, solvent based formulation or epoxy based protective coating.  Manufacturers often use diamino-silanes in emulsion systems, because they show better water solubility.  Another functionality to consider is the ureidosilane.  Glycidyloxy (epoxy) silanes are an alternative for the chemical modification of acrylic systems having functionality that reacts with the epoxy silane (see the Polymer Selection Guide at the end of this paper).  Polymer chemists can graft epoxy silanes onto polymers that contain a functional group, such as carboxylic acid salts, ammonium, or volatile amine salts or an amine group.  They can catalyze the reaction by organo-titanate or organo-tin catalysts.   Also they can add a second component  to affect the reaction of the epoxy silane with a functional polymer--adipic dihydrazide (ADH), for example. We recommend epoxy silanes in epoxy and phenolic-based protective coatings.

When crosslinking silane modified polymers and resins, premature crosslinking must not occur prior to application, in order to avoid interference with the coalescence process in an emulsion system and to ensure the siloxane portion of the molecule is available for bonding, filler coupling, and surface adhesion.   Crosslinking prior to coalescence in an emulsion creates weak boundaries between the emulsion particles and a reduction in the film strength with the concomitant reduction in abrasion, scrub and scratch resistance.  Gel formation and viscosity build can occur with premature crosslinking.

Manufacturers use organofunctional silanes directly, usually in a volatile solvent, as surface treatments or primers, or pre-compounded with fillers.  We recommend amino silanes and glycidyloxy silanes in this case.  Users may accomplish pre-hydrolysis of the silyl ester with added water or surface moisture.  After surface drying for 15-30 minutes, users can apply protective coatings to the surfaces.

Generally, the starting organofunctional silane dose level is 0.2 – 1.0 %, unless high loadings of fillers are involved, in which case the silane loading can be up to 2 %.  Manufacturers can achieve remarkable improvements with low level additions of these bifunctional silanes, especially under humid or wet conditions.  We recommend testing to find the optimum level of silane; achieving too high of a silane level can cause a reduction in properties.

The panels below show some of the benefits of silane modification of paint formulations, in this case, a VAE copolymer emulsion based paint.

Using ASTM 3359, the painted surface was wet with a soaked tissue for one hour and the excess water then removed with a tissue.  A 6x6 cross-hatch lattice was cut to 20 mm long, with a Gillerschnitt apparatus.  Inspection of the panes shows the significant cut resistance of the paint modified with a vinyl silane (left panel) versus an unmodified composition. 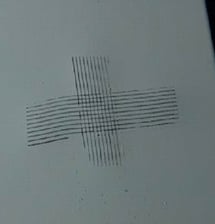 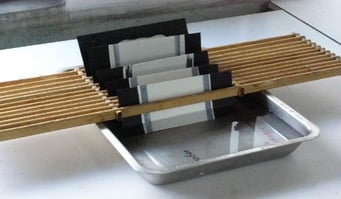 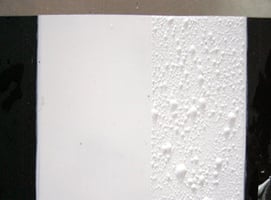 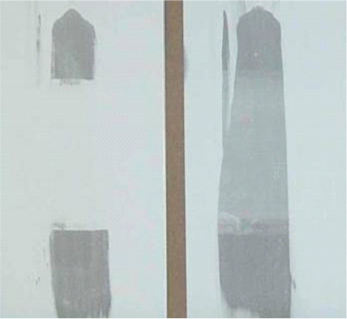 Delineated below are the various functional types of organofunctional reactive silane coupling agents used in paint & coating formulations and a selection guide. 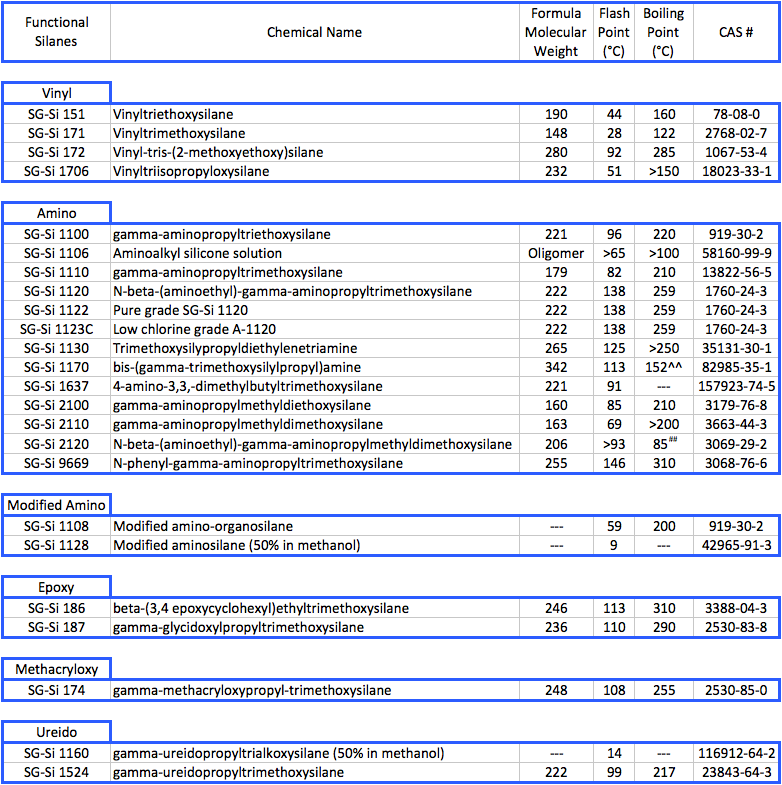 The selection guide below matches the reactive functionality of the silane coupling agent with various polymer types. 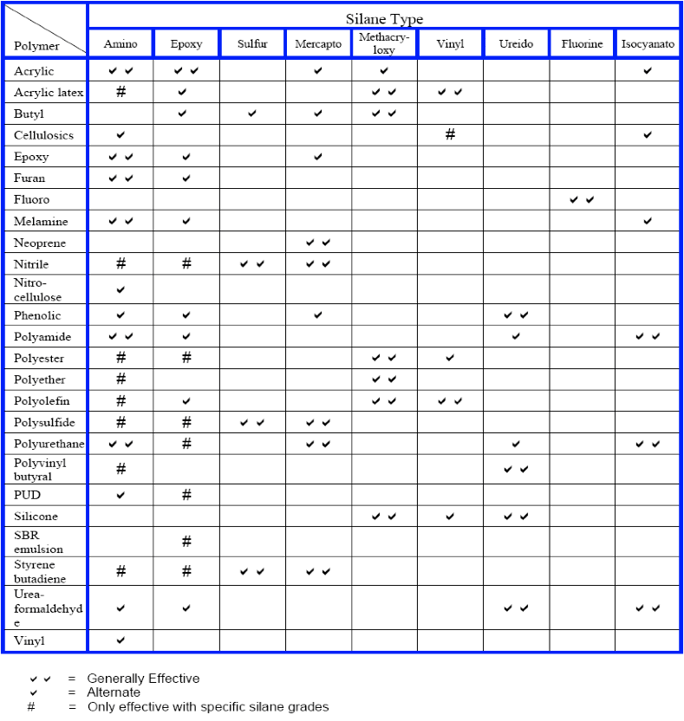